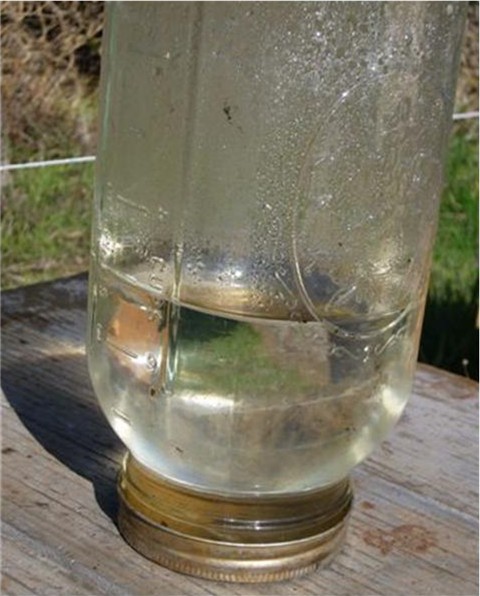 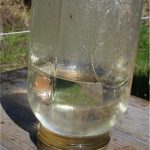 I have been getting a lot of questions on feeding the last few weeks, so I thought I would just tell you how I approach the issue.

First of all, why are we feeding? Primarily, we feed to keep the colonies alive till they can get themselves right with natural sourcing of sustenance. Secondly, perhaps you have a plan as to what you need your colonies to be at by a certain date. Then you back track from that date to begin the feeding so as to yield the results you are after. If I need mature drones by April 15th for queen rearing I will start feeding in mid late February. Only the colonies that are large enough to handle it.

Lets tackle keeping colonies alive in late winter and early spring. Its too early for the liquid feed so your stuck with some kind of carbohydrate and some kind of protein. Sugar can be inverted, served raw, or in the middle. Camp fire method drops a few pounds of sugar on some newspaper near the cluster, some people use hard candy which is sugar heated up to 250d and formed into molds. There is some debate as to the benefit of heated inverted sugar that claims it is hard on bees and can kill a few. I’m not sure, I do like the inverted for several reasons. One is that I supply a small round of hard candy both for emergency food and for its hydroscopic properties of absorbing moisture. The thing is, raw sugar is hard on bees as it is only 20 percent digestable. That means they are not getting the calories they could. Inverted hard candy is 80 percent digested and requires less eating. In winter we do not want to give cause for cleansing flights especially in the early season. Some folks use a modified camp fire method of sugar and some vinegar just enough water to mold it like a super dry mortar mix. This is a very light invert due to the vinegar ( acetic acid). Bees BTW hate the smell of vinegar. Sugar keeps bees alive, but they will not thrive on it ever.

The Hudson Valley is blessed with a lot of pollen. I saw the wee beesties bringing in pollen in the beginning of February this year (2017). Pollen is protein. They need protein to raise brood. Too much protein and your brood can out grow your heater bees and the whole thing blows up. Paul Cappy recommends waiting to boost colonies until you see 6 frames of bees ( not brood). Bees on 6 frames not scattered but working. This population can handle the extremes in weather and multitasking required at this time of year. You can buy your pollen patties in 1 lb sheets or make your own. There are a ton of recipes out on the www.

I prefer the one Randi Oliver snagged off a friend of his. It is a complex mix with dried eggs etc. That’s a bit much and I often don’t have the time to procure all the jazz. Mann Lake sells a domestically sourced 50% protein non GMO which I am currently using. To this I add some honey bee healthy, amino acids, some brewers yeast, honey and trace minerals. All of this mixed with 1 to 1 sugar syrup. I also add 6% fat veg coconut oil ( pricey)or vegetable oil. FAT IS WHERE ITS AT. All minerals are stored in the fat bodies thus a good fat content should equal a good battery of minerals in the fat bodies of the bees. The USDA has a great simple recipe on their site https://naldc.nal.usda.gov/download/CAT87209984/PDF. Oldie but goodie.

Sometimes you have a nuc or a dink not moving forward and raising brood. Yes feeding will help, however I suggest you look at other issues such as nosema, mites and other pathogens keeping them from being successful at this time of year. In the case of small population colonies I give fondant a soft sugar, and some protein. More sugar than protein and see if they respond. Into the protein I mix in some nosevit to help their digestive track in case of nosema cerranae, apis or dysentery. The latter two easily recognized by the streaking.

If you see that a small hive has exhausted the frames closest to its brood you can also rearrange the honey frames on the outside of the box closer to the brood nest. If you are confident you have no diseases to speak of you can add a super for larger hives. And by the way, these small colonies are going to have a rough time keeping warm. I am a rather vocal proponent of insulating hives. A neat trick I figured out years ago was to take some old frames and cut out the wax and insert a rigid foam board into the frame. Placing one on each side of the brood nest just past the food frames so in essence, a divider board taking a 10 frame and turning it into a nuc 5f 6f 7f nuc, whatever is needed. You can also take a piece of reflectex and cut it long enough to go down each side of the frames and across the top of the inhabited area. Creating a presto tent. The thing to watch out for is condensation especially if your one of those folks who doesn’t insulate above the hive.

It is no fun seeing the colonies make it to March and perish. A lot of work and energy for both you and the colony to get this far only to lose it by a small margin that is preventable. The old adage of take your loses in the fall remains the mantra. I have no problem making decisions about joining dinks in September, I can always make more nucs in spring. You just need to realize that the colony was talking to you all year, and if they struggled as some will do, you need to be aware of it and cut your losses. Often times, especially with carniolans, they will take out a hive by robbing it and most of the work force will follow the now mobile pantry back to the robbers colony. They know who will make it through the winter. It is not like Italians robbing for gluttony but a judicious realization based on hive scent. Many of you started this year with bees from far away, especially from south of here. While the debate continues, I still maintain that they are not adapted to our climate, especially our flows and ecosystem etc.